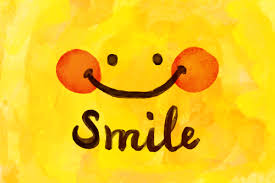 Here is the story for this week from the new series of Inspirational and Motivational stories. One of the oldest known forms of communication is story telling. There is something primordial within us that loves stories and their tremendous impact. In this series, we aim to bring you the best of real-life stories that can inspire and motivate you.

Stories always try to teach us something useful. It is one of the best ways of learning from other’s mistakes and avoiding our own. Although each story has its own moral, in the comments section you can share your opinion on the moral of the story. If you are able to see something that others might have missed, you can share it for the benefit of all.

Apart from just reading these awesome stories, you can also share some of the stories that have inspired you. If we find the story appropriate and useful, we will share it with all. More importantly, read these stories every week without a miss, and stay inspired.

So Here is the story for this week – Smile ! 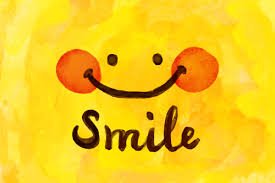 Many are familiar with The Little Prince, a wonderful book
by Antoine de Saint-Exupery. This is a whimsical and fabulous book
and works as a children’s story as well as a thought-provoking adult
fable. Far fewer are aware of Saint-Exupery’s other writings, novels and
short stories.

Saint-Exupery was a fighter pilot who fought against the Nazis and was
killed in action. Before World War II, he fought in the Spanish Civil
War against the fascists. He wrote a fascinating story based on that
experience entitled The Smile (Le Sourire). It is this story which I’d like
to share with you now. It isn’t clear whether or not he meant this to be
autobiographical or fiction. I choose to believe it is the former.

He said that he was captured by the enemy and thrown into a jail cell.
He was sure that from the contemptuous looks and rough treatment he
received from his jailers he would be executed the next day. From here,
I’ll tell the story as I remember it in my own words.

“I was sure that I was to be killed. I became terribly nervous and
distraught. I fumbled in my pockets to see if there were any cigarettes
which had escaped their search. I found one and because of my shaking
hands, I could barely get it to my lips. But I had no matches, they had
taken those.
“I looked through the bars at my jailer. He did not make eye contact
with me. After all, one does not make eye contact with a thing, a corpse.
I called out to him ‘Have you got a light, por favor?’ He looked at me,
shrugged and came over to light my cigarette.

“As he came close and lit the match, his eyes inadvertently locked with
mine. At that moment, I smiled. I don’t know why I did that. Perhaps it
was nervousness, perhaps it was because, when you get very close, one
to another, it is very hard not to smile. In any case, I smiled. In that
instant, it was as though a spark jumped across the gap between our two
hearts, our two human souls. I know he didn’t want to, but my smile
leaped through the bars and generated a smile on his lips, too. He lit my cigarette but stayed near, looking at me directly in the eyes and
continuing to smile.

“I kept smiling at him, now aware of him as a person and not just a
jailer. And his looking at me seemed to have a new dimension, too. ‘Do
you have kids?’ he asked.

“‘Yes, here, here.’ I took out my wallet and nervously fumbled for the
pictures of my family. He, too, took out the pictures of his ninos and
began to talk about his plans and hopes for them. My eyes filled with
tears. I said that I feared that I’d never see my family again, never have
the chance to see them grow up. Tears came to his eyes, too.
“Suddenly, without another word, he unlocked my cell and silently led
me out. Out of the jail, quietly and by back routes, out of the town.
There, at the edge of town, he released me. And without another word, he turned back toward the town.

“My life was saved by a smile.”